Manchester United in for Thomas Muller

According to reports, Louis van Gaal is pretty keen on reuniting with his former protégé and has asked the club to do everything to sign the Bayern Munich striker

After seeing the current strike force failing to provide the goods on a regular basis, the Manchester United manager has decided that he needs to bring in a player who he trusts in order to get the job done.

And, the Dutchman’s search has led him to a player who he gave his debut to when he was just a talented academy player. During his time as the manager of Bayern Munich, Van Gaal saw the potential in Thomas Muller and slowly introduced him to the starting XI. 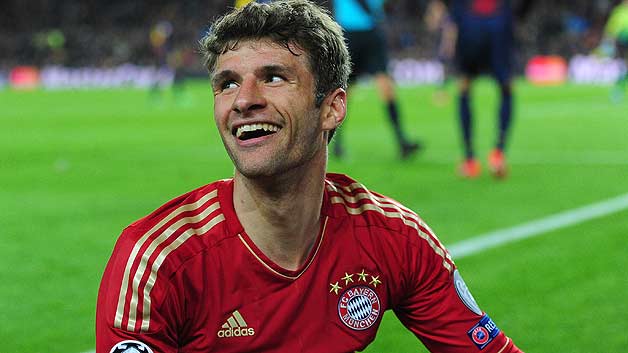 Today, the striker is one of the most integral parts of the starting XI for the Bundesliga champions and Van Gaal is keen to be reunited with the German international. According to reports, the United manager has asked his bosses to bring the player to Old Trafford at any cost.

The striker was touted for a move last summer but chose to stay on but it appears that Muller is now considering his options as he wants to test himself elsewhere and broaden his horizons.