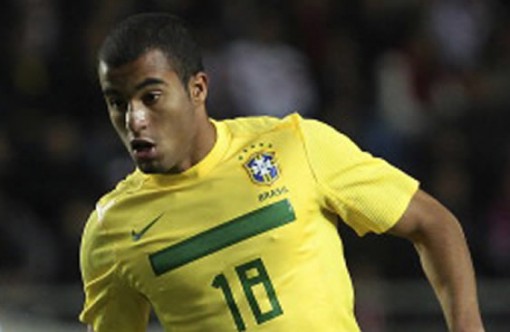 The 19-year-old was a target for Chelsea earlier in the summer and had a £32.4 million bid rejected but United are hopeful of convincing him and his family to move to England.

His influential agent Wagner Ribeiro told Blues owner Roman Abramovich to forget about signing the Brazilian playmaker until after the 2014 World Cup but that hasn’t deterred  Ferguson.

A delegation from Old Trafford have reportedly already met with Moura’s father but opted not to make a move for his services as it looked certain he would sign for Spanish champions Real Madrid.

The Red Devils are looking to strengthen their midfield options after losing out on the title to rivals Manchester City last season with Ferguson already signed Shinji Kagawa from Borussia Dortmund and Crewe Alexandra star Nick Powell.

He looks likely to miss out on Luka Modric who looks set to leave Tottenham Hotspur with Chelsea and Real Madrid both chasing the £40m-rated Croatian international.

Meanwhile, Exeter City teenager Sean Goss has signed for United after impressing during a trial playing for them in a youth tournament in the Netherlands and will now go into the academy side.

“The last few days haven’t felt real – seeing all the first-team players around and the training facilities is like a different world,” the 16-year-old said.

“I can’t wait to get started now and we’ve got pre-season games coming up.

“I just have to continue working hard and my aim now is to just push higher and higher through the ranks.”