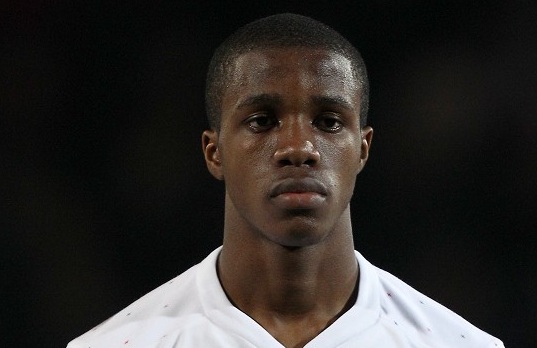 Since signing for Manchester United a few years back, Wilfried Zaha’s career has come to an all time low and the young winger is clearly struggling to realize his true potential that made him a future star of English football.

And after a lot of heartbreak at Old Trafford, the youngster joined Crystal Palace on a season long loan where he has slowly started realizing the potential that once made him such a promising player in the beginning of his career.

And now, it appears that Louis van Gaal has decided that the player has no future at the club and is willing to listen to offers from possible suitors with Crystal Palace topping the list of those interested in him.

However, The Red Devils have informed Alan Pardew’s side that they will not settle for anything less than 10 million pounds for the youngster who is clearly enjoying life with Palace where he believes he has been given a lot of confidence to once again kick start his career that had come to a halt when he first arrived at Old Trafford.