According to reports, Juventus being linked to Mario Balotelli, we didn’t take it overly seriously.

Mino Raiola, Balotelli’s agent, had been in contact with Juventus and was in talks over a deal, we pointed out that the Turin club don’t really have a huge need for the Liverpool player.

Things appear to have accelerated even since then, as reports state on Sunday afternoon that there is ‘very little’ left standing in the way of a deal being closed.

It’s claimed that Liverpool would loan Balotelli to Juventus and there’s an agreement over the Merseyside club stumping up some of his wages. 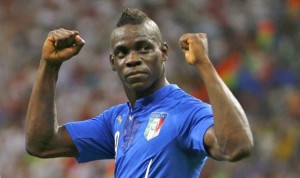 During the summer transfer window, Juventus would then be able to make the deal permanent for €18m, which converts to around £14m. It’s a reasonable return for Liverpool if Brendan Rodgers thinks he has made a mistake and doesn’t think he can fit Balotelli into his team.

The whole thing would still be rather shocking and it’s perhaps better to edge of the side of scepticism, but then that was the case when Balotelli was linked with Liverpool in the first place.

As, the Italian star is facing worst ever bad patch throughout this season and still he’s waiting for his first goal in Premier League this season.