The home team will head into the game in an excellent form, where in last 12 matches they drawn 3 and won 9 games. So, gaffer Manuel Pellegrini will hope to extend that unbeaten run today after beating Arsenal.

Arsene Wenger’s men will come into the game after a decent form having also won 9 of their last 12 games in all competitions. but the Frenchman gaffer will be looking to change the record table results while playing against the top teams. They had some disappointing results against all the top teams in recent years.

The visitors beat Stoke 3-0 in last week to keep pace with the top four but they dropped to sixth in the table after Tottenham’s win yesterday. So, now they need to avoid defeat against City to reclaim fifth position. 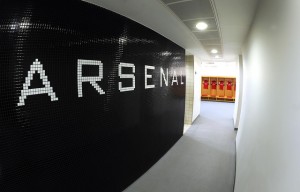 The Gunners will be without Mathieu Debuchy after he was ruled out for three months with a dislocated shoulder in last game. So, Calum Chambers or Hector Bellerin will deputies at right-back.

While, Mikel Arteta has also been ruled out for three months with an ankle injury and he’s joined on the sidelines by Danny Welbeck, with the striker still nursing a thigh problem.

The German world cup winning star, Mesut Ozil will be in starting lineup today after having some match time in last game against Stoke.