According to reports, the German international is likely to end his Borussia Dortmund career and join Manchester United this January

Following a shambolic and catastrophic start to the Bundesliga campaign where his club has struggled to come out of the relegation zone, Mats Hummels has decided that he wants to end his personal nightmare and sign for Manchester United in the upcoming January transfer window.

The Borussia Dortmund captain has been heavily linked with a move to Old Trafford for quite some time and is now convinced that he is in dire need of a change in scenery in order to get himself out of the woods. 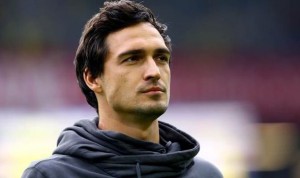 And while BVB manager Jurgen Klopp has many a times suggested that the World Cup winner will not leave the club halfway through the season, it is becoming more and more clear with each passing day that Hummels really wants to come to the Premier League and could possibly force a transfer during January which might not endear him to the fans of his current club.

Reports claim that United are willing to pay 47 million pounds to get their man and that is a price BVB might not turn down as they are also in need of reinforcements to turn things around.