Arsenal are said to be planning a massive rebuild in the summer transfer window after their disastrous campaign thus far meaning that the Gunners will look to part ways with both Mesut Ozil and Alexandre Lacazette.

Captain Pierre-Emerick Aubameyang has been heavily linked with a move away from the Emirates during the January transfer window and reportedly wants out with Barcelona a possible destination. 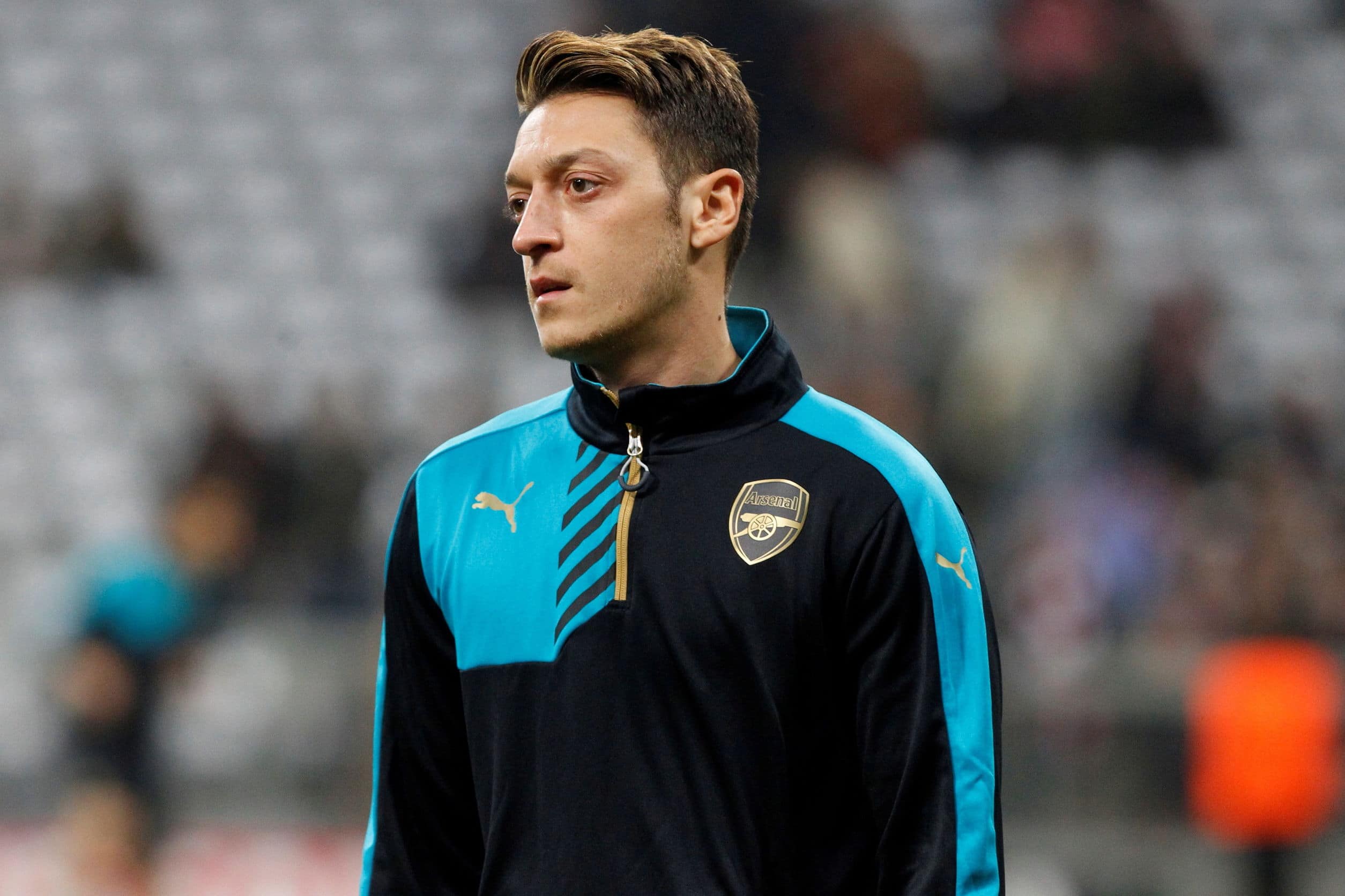 48115595 – munich – november 4: mesut ozil during the heating of the champion league match bayern munich – fc arsenal at the allianz arena was november 4, 2015 in munich, germany

Mikel Arteta, who was appointed in December, wants to have a huge spending spree to mould this squad into his preferred style and wants to use the potential funds of Arsenal’s star players early in the summer transfer window in order not to be priced out of their targets.

The Gunners have had a torrid season under both Arteta and his predecessor Unai Emery with Arsenal currently in 10th place in the Premier League.

Arteta’s side are 10 points of 4th placed Chelsea with 13 games still left to play but with there being heavy competition for that position, the bookmakers have set the odds of Arteta masterminding a miracle at 40/1.

The Gunners have now drawn four games on the bounce and have drawn the most matches in the league. Everton are the only side who are also in double figures for draws.

Even their star striker Aubameyang, who was the joint top-goalscorer in the league last campaign, has been unable to help the Gunners produce better results despite better performances under Arteta.

The Gabon international has 14 goals in 23 Premier League games, making him Arsenal’s top scorer by a distance, but his contract with the Gunners runs out at the end of next season.

With Barcelona heavily interested, the player wanting out and soon turning 31, Arteta will look to cash in on the marksman.

The same goes for Lacazette and Ozil who are 28 and 31 respectively. With young players such as Eddie Nketiah and Joe Willock in the wings, their time seems up as well especially considering their recent poor form.

Lacazette has only scored 5 league goals this campaign with all of them coming at the Emirates. Meanwhile, Ozil has only contributed to a single assist, which is not an ideal return for the reported £300,000 per week that he earns.

With the Gunners looking to bring in defensive reinforcements in the summer, the three attacking talents that were brought in for a combined fee of nearly £150m will have to be let go in order to compete with the big budgets of their rivals.