Arsenal will be keen to put their dismal performance against Southampton behind them when they take on Stoke today.

The Gunners will also have to decide whether to recall Wojciech Szczesny after David Ospina deputised in the FA Cup third-round win over Hull. As, revelations over goalkeeper Szczesny’s behaviour has been the biggest talking point this week.

But the Frenchman confirmed that the goalkeeper had apologised for his misdemeanour, but refused to shed any light on whether Szczesny will retain his spot in the Gunners’ starting line up.

The one player that is certainly in contention for a start though is Mesut Ozil. The Arsenal playmaker has been absent with a knee injury, but Wenger confirmed that the German will be available for selection, and will definitely make the squad.

“Today he looks hungry and is working extremely hard, pushing himself to the limit of what you can absorb physically to come back. He is ready. He is hungry”said wenger. 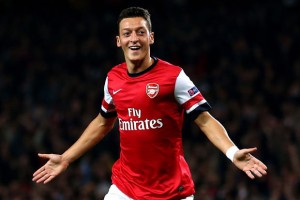 Along with Ozil, Aaron Ramsey and Mathieu Flamini are also available for selection, both are back in full training having overcoming respective hamstring and groin problems.

The French forward, Olivier Giroud will alsoreturn after having served his red card suspension. While, Danny Welbeck has not sufficiently recovered from a thigh injury.