Home » Football » Chelsea » If Mourinho can pull off Varane’s transfer, Chelsea will be unstoppable

If Mourinho can pull off Varane’s transfer, Chelsea will be unstoppable

According to recent reports, Raphael Varane is keen to leave Real Madrid and will cost in the region of £20million. Chelsea is keen to sign the Frenchman during January transfer window.

Manchester United have also been linked with the French international and if Chelsea can sign the Real centre-back, it would be a real coup.

The 21-years-old, is one of the most promising young centre-backs in world football. He is also very experienced for a young defender, he has already played 120 minutes in a Champions League final, replacing Pepe in last season’s 4-1 win over Atletico Madrid.

In terms of fitting in at Chelsea, it will be difficult for Varane to immediately walk into a starting berth at Stamford Bridge. The partnership of Gary Cahill and John Terry has been very impressive this season and Mourinho could see Varane as a potential long-term replacement for the Blues’ Captain, Leader, Legend. 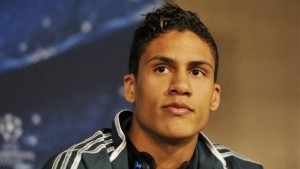 If Varane is bought, Mourinho will have two of the most promising young centre-backs in world football in the mould of Zouma and Varane.

There is also a mutual respect between Mourinho and Varane, the Portuguese manager was responsible for bringing the Frenchman to Madrid in an £8million deal from French side Lens in 2011.