Cech made the most of his rare outing to impress between the posts, helping keep the game score-less in the first half when Newcastle were on top.

The 32-year-old reveals he is working just as hard now as when he was a regular for the previous 10 years and is prepared to help the club’s fight for silverware on all four fronts.

“You need to use your focus and concentrate on every situation. You need to keep working whether you’re playing or not playing.” said Cech. 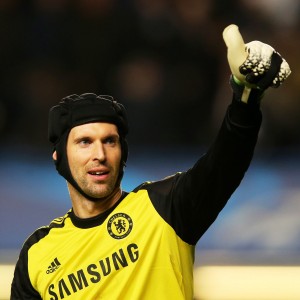 “I feel fit, I’m ready. Every time the manager points at me to say I can have a go I will try to make the most of it” he added.

He said Chelsea have a squad where everyone is very competitive and Mourinho can use everyone, which is great for the manager.

Cech also believes it’s vital Chelsea don’t become distracted by how Manchester City are doing in their games. Manchester City will come to Stamford Bridge in a huge match on January 31, but the title race looks set to go till the end of the season in May.