The Portuguese has revealed that Chelsea rejected the chance to sign both Angel Di Maria and Radamel Falcao before the pair joined Manchester United over the summer.

The Argentina’s star moved to Old Trafford for a British record transfer fee, while Falcao joined on a season-long loan on deadline day.

However Chelsea could have snapped up the duo ahead of their Premier League rivals according to the Blues gaffer who admits he was approached by agent Jorge Mendes, but turned down the offer. 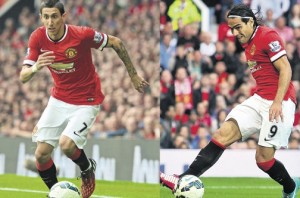 “Jorge told me Di Maria and Falcao are his players and he has to find solutions for them,” Mourinho said in the book The Key to Mendes. “But if Chelsea doesn’t have the financial capacity to pay eight, nine or €10m a year, because of [financial] fair play, of course Mendes has to think about his players.” he added.

He said that they couldn’t bring Falcao or Di Maria because he did not want to, either. He cannot have a player earning €10m when others earn three, four or five. That would have caused an explosion.

Meanwhile, Chelsea have nothing for regret because their summer signings lead the team to the top position on the Premier League table. Both Diego Costa and Cesc Fabregas are performing brilliantly on the pitch.