Home » Football » Chelsea » Mourinho shuns Chelsea players as the likes of Drogba, Salah and Remy fail to impress against Bradford

Mourinho shuns Chelsea players as the likes of Drogba, Salah and Remy fail to impress against Bradford

The Portuguese dished out the silent treatment to his under-performing Chelsea players after their shock defeat to League One Bradford. 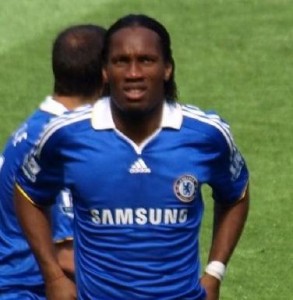 Chelsea gaffer was “ashamed” after watching the Blues go from 2-0 up to lose 4-2 and exit the FA Cup in an “unacceptable” performance which he described as a “disgrace”. He left his players to stew afterwards, saying “not a word”.The former Real Madrid boss made nine changes for the clash, which fell between the two legs of their Capital One Cup semi-final tie with Liverpool, with the second leg taking place on Tuesday night.

He had relied largely upon a tried-and-trusted starting line-up this season for the Premier League leaders. And he hinted at a frustration with the depth of his squad after the likes of Didier Drogba, Loic Remy, Mohamed Salah and John Obi Mikel failed to impress.

“I don’t make many changes. I try to keep stability in the team. Maybe now you can understand a bit better why.” said Mourinho. “But I don’t want to speak too much about it. This is our squad, I trust them and let’s move on.” he added.