The forward has a deal with the Red Devils which will expire in 2018 and even though he does not seem to have a future at Old Trafford, Nani says that the club wants him to stay.

Currently on loan at Sporting Lisbon where he has finally started to show the form that made him one of the most talented youngsters on the planet a few years back, Nani knows what he wants and what his parent club wants. 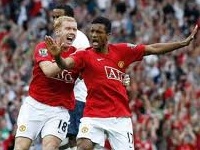 While talking to reporters, the 28 year old said that it was his choice to leave Old Trafford and added that he made the right decision because he needed someone who trusted in him and in his qualities.

Nani said: “The club know my value and I know they want me to stay.

“It was me who made the choice to leave the club and it was a good decision by me because I knew if I stayed one more season at Old Trafford, it would be very hard for me.”

The winger also admitted that he wanted something new which is why he opted for a loan move.