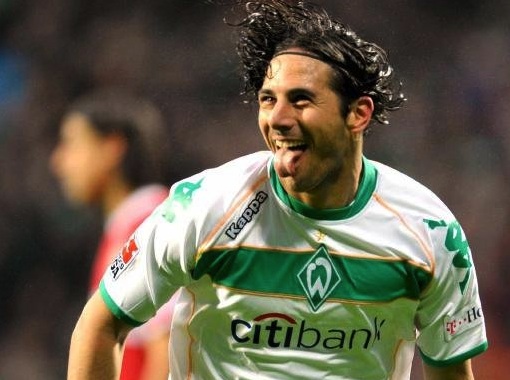 Reports are suggesting that Newcastle United are taking a look at Werder Bremen forward Claudio Pizarro, with a view to a summer move for the goalscorer.

Pizarro has a contract at the Weserstadion that runs until 2013 but it recently came to light that a clause in the striker’s contract allows him to leave on a fee at the end of the current season.

As a result, numerous clubs are looking to off the 33 year-old short-term deals but the veteran is thought to be holding out for more.

However, the Peruvian international would only be expected to move to St. James’ Park if Demba Ba completes his move away from the ground as many have foretold.

Ba has been in superb form for the Magpies since moving to the North East outfit in the summer, earning interest from a huge amount of European clubs.

In another case of controversial contract clauses, one in Ba’s states that the striker can leave Newcastle for a reduced fee and with Chelsea, Arsenal and Liverpool all circling his signature, the Senegalese forward may be tempted by a departure.

Pizarro has scored 16 goals in 21 starts for Werder Bremen this season, recording eight assists in the process.

The ex-Chelsea forward is testament to the proverb that ‘age is just a number’ and his experience appears to be yielding great benefits for the Bundesliga club.

Bitter rivals Sunderland are also thought to be monitoring the South American’s situation in Germany and should Ba ultimately head for the exit of the Sports Direct Arena, Pizarro could be an ample replacement.