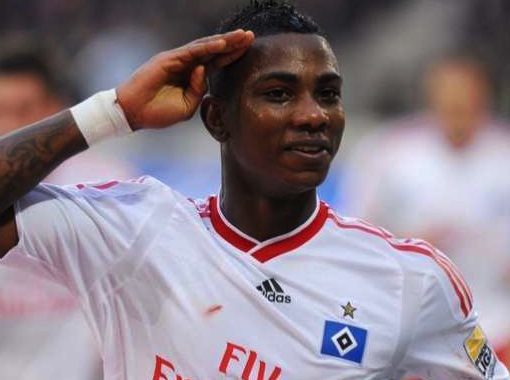 Following a fairly disastrous debut season with Juventus, Eljero Elia continues to be linked with a summer move away from the Serie A side with Newcastle United showing particular interest.

Alan Pardew’s team have surpassed expectations this campaign and astounded the footballing community when they performed a considerable coup in completing a January deal to sign Papiss Demba Cissé.

The business shows a newfound ambition at St. James’ Park and although Elia could be considered a misfit with Juventus, his potential during stints at FC Twente and Hamburg SV showed that he can be a top class player on his day.

The winger made 63 appearances with Hamburg, scoring on eight occasions and recording 11 assists.

Elia is also a part of Bert van Marwijk’s Netherlands squad and has made 26 appearances for Oranje, including six at the 2010 World Cup.

Newcastle signed wide players Gabriel Obertan and Sylvain Marveaux over the summer, but supposedly see Elia as further reinforcements to their side as the Magpies look to improve upon what has already been an impressive season.

Should the North East outfit complete a deal to bring the Dutch speedster to the Premier League, it would be expected to cost the club a reported fee of £6m.

That sum may mean a £3m loss for the Turin side but La Vecchia Signora may simply be happy to get the 24 year-old – who is rumoured to command large wages – off of their salary bill.