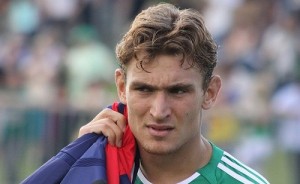 Newcastle United are considering an approach for Rangers and Crotia hitman Nikica Jelavić in January and are preparing a bid worth £7m for the 26 year old.

Rangers have current debt issues and could be willing to allow the goal scorer to depart although they will not be held to ransom no matter how deep their financial troubles go. Newcastle United have done well this season so far and remain in the top four however a run of games against Manchester United, Manchester City and Liverpool over the next month will be a real test of character.

Meanwhile Jelavić has done remarkably well in Scotland, scoring 25 league goals in 36 matches and although his record for Croatia is not great, Alan Pardew will certainly feel he could bring more out of him if he were to join the Tyneside outfit.

Newcastle United will not be the only side interested in Jelavić though and with Rangers’ ongoing monetary problems there will be vultures out there looking to pick up some of their better players in the January transfer window. The perfect situation for Rangers would be an auction of certain stars that would no doubt include the likes of Jelavić who had been linked to Manchester United during last summer.