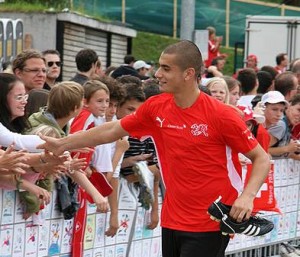 Reports are suggesting that Newcastle could be poised to make a January move for Eren Derdiyok of Bayer Leverkusen and Luuk de Jong of FC Twente.

The Magpies have been criticised in recent months for not spending enough of the £35m received from the January sale of Andy Carroll, with an emphasis on the current need for a striker.

Leon Best and Demba Ba have proved sufficient so far this season, helping the Toon Army hold out their unbeaten season, but supporters of the club are calling for a big name to be signed up front nonetheless.

De Jong is an impressive asset and has scored 21 times in 52 appearances for FC Twente, and at only 21, he has already made three appearances for the Dutch national side despite being born in Switzerland.

Derdiyok provides a slightly more experienced option at the age of 23.

The forward has made 71 appearances for Bayer Leverkusen since joining from FC Basel in 2009, scoring 20 goals in the process.

Although not as prolific in front of goal as de Jong, Derdiyok can boast the advantage of Champions League experience, a factor Newcastle will need to account for when deciding their interest.

The Tynesiders will have a young talent on their books whoever they decide to go for, and could even please fans by deciding to bid for both strikers.