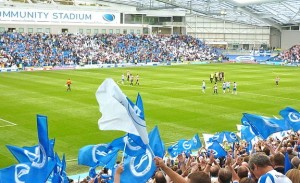 With International sides around Europe all in action in the next three days, the Npower Championship is in close down this weekend. Following the resignation and dismissal of Steve McClaren and Keith Millen from their posts at their respective clubs, managerless Nottingham Forest and Bristol City will use this much needed time to appoint a new leader at the helm of the City Ground and Ashton Gate. With Forest languishing just one point above the drop zone and The Robins tied to the bottom of the league table they will both look to act fast after hefty defeats in their last games against Birmingham and Blackpool respectively.

Last weekend saw league leaders Southampton crush Watford at St Mary’s to go two points clear of Middlesbrough at the top as they lumbered to a third straight goalless draw in a row. Favourites West Ham drew 2-2 at Selhurst Park in an enthralling game with Crystal Palace that saw The Hammers recover from a goal down twice with strikes from Kevin Nolan and John Carew.

The other story of the weekend came at The King Power Stadium where Sven’s Leicester City steamrolled local rivals Derby County with a 4-0 master class that saw the Swede’s men finally appear to gel as a unit. Former England International striker David Nugent’s goal the pick of the bunch. If the David Beckham rumours are true, coupled with this performance The Foxes have much to look forward to in the coming weeks.

Ipswich beat early form setters Brighton 3-1 at Portman Road to pin point their credentials as promotion contenders with two stunning goals from in-form striker Michael Chopra. Leeds beat Portsmouth at Elland Road 1-0 following Danny Pugh’s finely timed header which moved them up to the top half of the table. Hull beat a Cardiff side that have yet to fully hit their best form this season despite finding themselves in 9th place with a 2-1 victory at the KC. Veteran midfielder Nicky Barmby scoring the winning goal there. Barnsley and Burnley heaped further misery on strugglers Coventry and Millwall, 2-0 and 1-0 in their games whilst Doncaster grabbed a much needed win at London Road to beat Peterborough 2-1.