Chelsea playmaker Oscar has issued a rallying cry to every one of his teammates, including in-form striker Diego Costa, to improve during the final months of the 2014-15 Premier League campaign.

The Blues find themselves two points above second, placed Manchester City following their 2-0 win over Newcastle United on Saturday.

But the Brazilian is acutely aware that, unless he and his teammates hit top gear between now and May, the Premier League trophy could eventually end up at the Etihad Stadium instead of Stamford Bridge.

Chelsea were eight points clear of Manchester City in November but have suffered, by their own impeccably high standards, a dip in form over recent weeks, which has allowed Manuel Pellegrini’s side to close the gap. 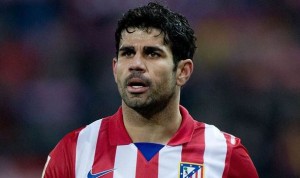 Oscar hopes that every first-team player at Chelsea will be at their best over the forthcoming months including the club’s top scorer Diego Costa.

“Diego is a fantastic player. This season he has helped Chelsea so much and scored so many goals,” said Oscar. “But we need Diego to play better every game because now Manchester City is second, just two points behind. But not just Diego, we need everyone to play their best.” he added.

Diego Costa is currently leading the table with 15 goals in this season, and next to him is  Sergio Aguero who has scored 14.