Arsene Wenger’s men will begin the defence of the FA Cup today, when they take on last year’s finalists Hull City at the Emirate.

The Gunners won a thrilling final back in May when they came from two-down to win the Cup in extra-time, thanks to an Aaron Ramsey strike which ended their nine year trophy drought.

On other hand, Hull will certainly be out to avenge that defeat and they proved once again back in October when they gave Arsenal a bit tough time in a well-earned 2-2 draw.

As, wenger’s men warmed up for the match with a hugely disappointing 2-0 defeat at Southampton on New Year’s Day so hopefully the players will see defending the FA Cup as a welcome distraction to what’s been a frustrating league campaign so far. 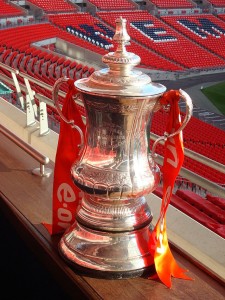 Gaffer Arsene Wenger has confirmed that David Opsina will start in goal with Wojciech Szczesny dropping out following his poor display at Southampton last time out.

German star, Lukas Podolski won’t be involved as he’s in Italy to complete his six-month loan move to Inter Milan while Danny Welbeck is a doubt with a thigh injury but should pass a late fitness test to start up front which would allow the boss to give Alexis Sanchez a well-earned rest.

Mathieu Flamini is also hopeful of shaking off a knock to start in midfield. While, there is a good news for Arsenal fans as Aaron Ramsey and Mesut Ozil are back in training but both are unlikely to feature in this game, certainly not from the start anyway.