The Manchester City defender Pablo Zabaleta has revealed he has been impressed by the impact Alexis Sanchez has made in the early stages of his Arsenal career.

Sanchez, who joined Arsenal from Barcelona for around £35 million last summer and from then he has been a revelation for the Gunners. The Chile international has scored 12 goals and registered seven assists in 21 Premier League appearances so far this season. 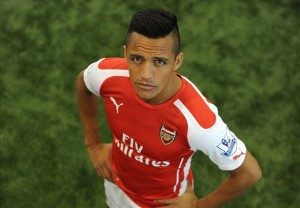 He has played all across the front-line, but his pace, skill, and eye for goal make him a real threat wherever he starts, and his relentless work rate made him an instant favourite with the Arsenal support.

Sanchez started in Arsenal’s excellent 2-0 win against City on Sunday, and speaking to media before the game, Zabaleta said:

”Alexis Sanchez has had a very big impact. He has settled very well and been Arsenal’s main player. He is fast, technical ability is fantastic. He can score, assist, he is the complete player. He learned a lot playing at Barcelona.”

The former Barcelona player carries the whole team on his shoulder with an amazing run of form this season, as Wenger’s men had some serious injury problems all the way through the first phase of the season.