Arsenal have been told by Serie A club Palermo that they must stump up £31 million in order to sign highly-rated forward Paulo Dybala, as reported by the Metro.

The 21-year-old Dybala is highly thought of at Palermo, and the Italian side are unwilling to let him go unless they can benefit greatly from his departure, which comes down to the finances.

The young striker has been in great form this season, hitting the back of the net nine times in 17 appearances in Serie A, starting every single one of those matches. 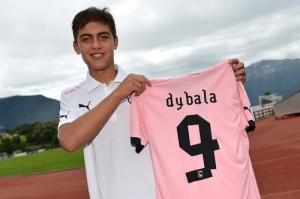 “He (Dybala) is a world-class player who is being compared with Javier Pastore, so his price tag matches the skill. We’re talking £31m and upwards. So far offers for Dybala have come in only indirectly, because people know how tough Zamparini can be.”

He has almost double the number of league goals of anyone else at the club, and is set to finish the season as their top scorer quite comfortably should his current run of form continue.

He has developed well over the past year, after hitting just five goals in the league last season from 28 appearances.