The passionate Gunners fan blasted Wenger for being “shockingly naive” in November and called for Arsenal to “divorce” their long-serving boss.

Last night, Morgan watched from the stands as Arsenal lost 2-0 at Southampton this afternoon and took to Twitter to vent his frustration.

“No strikers, diabolical defence and a suicidal goalie” tweeted Morgan.

It is not first time, as the Arsenal gaffer, Arsene Wenger has previously shrugged off Morgan’s blasts. 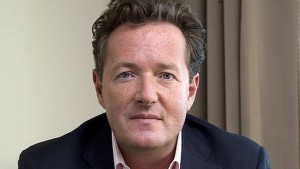 “For me, to be known is not a quality. To love the club is a quality” said Wenger at that time.

“I take the opinion of somebody who is not known at all the same as somebody who is famous. For me, that does not really matter. We are happy to have him (Morgan) as a fan but a fan is a fan.” he added.

The Frenchman is facing a lot of criticism over the last couple of years, as his side struggled in Premier Leagues. There only major success was last year’s FA Cup.