Pogba in line, as Arsenal set to submit Carvalho bid

Arsenal are understood to be in the chase for Paul Pogba, the 21-year-old midfielder who left Old Trafford for Juventus for free in 2012, but will have to beat Manchester United, Chelsea and City to his signature.

According to reports in Italy claim that Juventus manager, Massimo Allegri has targeted Paris Saint-Germain’s Marco Verratti as a replacement for Pogba. who could make a return to England if that move goes through.

On other side, the Gunners are finally submitting a £25.5m bid for 22-year-old Sporting Lisbon midfielder William Carvalho.

Arsenal have long been linked with the Portuguese defensive midfielder, and their gaffer Arsene Wenger is poised to test Sporting’s resolve with a sizeable bid in January. 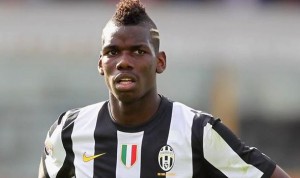 Another English club, Manchester United are also in the race for the player, but according to reports in Portugal, Arsenal are in the strongest position at present.

Meanwhile, Sergio Busquets, the Barcelona midfielder, is set to disappoint Arsenal along with other English clubs by signing a new deal with the Catalans.

After reportedly falling out with Luis Enrique earlier this season it was understood that Busquets, 26, was ready to quit Nou Camp and had been linked with a move to the Emirates Stadium.

The Spain midfielder’s contract has been made a priority by the La Liga side and he is expected to sign a new deal later this month.