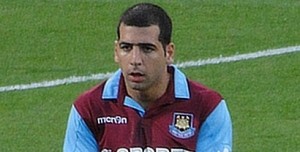 The utility defender turns 30 in March next year and it is believed that all three clubs are eyeing the experienced Israeli with an approach possible in January.

Haim has not featured for Portsmouth much at all and the club are currently wanting to offload him due to his weekly wages believed to exceed £30k. Although Bolton, Everton and Blackburn Rovers would be in a position to match his current deal they would be looking to offer much less.

Bolton Wanderers appear to be looking for a ready solution for when Cahill departs – probably in January – whilst Blackburn and Everton are looking for some experience to add to their squad depth.

Ben haim’s current contract expires in 2013 and Portsmouth are keen to get him of the books as soon as possible which should lead to an auction style sale with the three Premiership sides all considered very interested at the moment.