Both have struggled in comparison this term, despite the fact PSG are still unbeaten, they are already five points behind Marseille.

Watch the games from French Ligue 1 today with Bet365!

Paris Saint Germain were held to a 1-1 draw away to Toulouse in their last league game, with Jean-Christophe Bahebeck earning a point.

In the Champions League Laurent Blanc’s side beat FC Barcelona 3-2, to go top of their group.

Even without Zlatan Ibrahimovic, they beat one of the favourites for the title, with all three goals coming from set pieces. 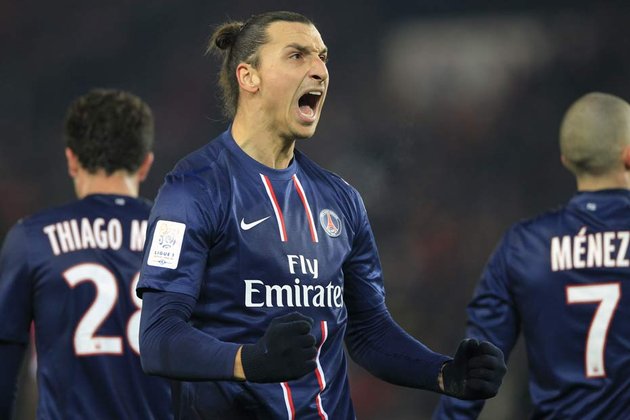 Monaco have endured a nightmare campaign, with the club selling key players in the form of James Rodriguez and Radamel Falcao.

On the pitch things have been worse, with the club sitting 12th after a home defeat to Nice last time out.

Monaco have made a solid start in the Champions League though, claiming four points from two games.

In last seasons fixture, Monaco earned a 1-1 draw away from home, with the new United striker Falcao on the scoresheet.

Team news
PSG could be without Thiago Silva, whilst their leading scorer Ibrahimovic is certainly out of the clash.

An in-form Lucas Moura will start from wide midfield, with Edinson Cavani leading the line for Laurent Blanc’s men.

Dimitar Berbatov is a real doubt for Monaco, after he went off in their midweek clash with Zenit.

Joao Moutinho is their key man in midfield, with the experienced Ricardo Carvalho in the heart of their defence.