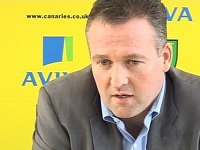 As with any start to a new Premier League campaign, many eyes are fixed upon the three teams that reached the promised land last May.

Queen’s Park Rangers, Norwich City and Swansea City were the lucky trio to have got out of the Npower Championship and gain the opportunity to take on the country’s elite.

All three had differing fortunes when the season got underway last weekend. QPR suffered a 4-0 defeat at home to Bolton Wanderers.

Meanwhile, Swansea were thumped by a similar scoreline at Manchester City, while Norwich earned a respectable 1-1 draw at Wigan Athletic.

This start followed a summer where the top-flight’s new-boys have been busy assembling a squad capable of coping with the demands of the Premier League.

QPR manager Neil Warnock has been able to draft in experience such as West Ham duo Danny Gabbidon and Keiron Dyer, as well as a new strikeforce in Jay Bothroyd and DJ Campbell.

The former Sheffield United boss created the foundations for promotion with a solid defensive unit coupled with attacking flair provided by the likes of the mercurial Adel Taarabt.

Now with the new takeover by Tony Fernandes complete, Warnock may get the chance to build a squad that will have a great opportunity of maintaining their top-flight status.

Last year’s Championship runners-up in Norwich have focussed on building on an already burgeoning attacking line-up.

The likes of Steve Morrison and James Vaughan will support the likes of Grant Holt and Wes Hoolahan in firing Paul Lambert’s side to safety.

The Scot instilled a wonderful ethos within the squad last campaign, picking up more points in the dying minutes of a match than any other side in English football.

That positive frame of mind could secure survival at Carrow Road – but for me the dark horses of the three are the outfit from South Wales.

Swansea manager Brendan Rodgers has created a solid structure within the side, and a gameplan that the players thrive upon.

The Swans created a platform for promotion by being difficult to break down and devastating on the counter-attack.

In particular, the attacking duo of Nathan Dyer, Scott Sinclair and new strikers Leroy Lita and Danny Graham can prosper from the fast-paced nature of the division.

Their game seems more suited to the league than QPR and Norwich, and if they make the Liberty stadium a fortress then safety is a dream that can be realised.

Of course, this doesn’t stop the three clubs from being amongst the favourites for the drop.

However, QPR, Norwich and Swansea will all believe they have the qualities to defy the odds in nine months time.

So what do you think? Will any of the trio survive, or will they make an immediate return to the Championship? Leave a comment and let us know your thoughts.