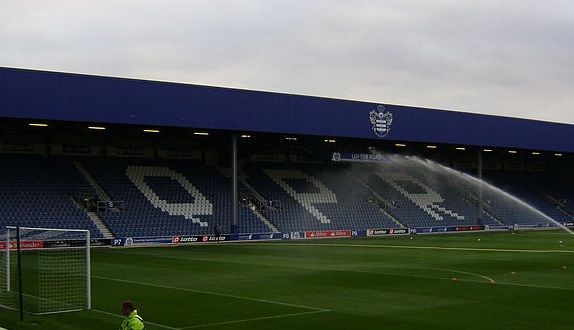 QPR are considered 19/20 favourites to beat Burnley with both sides desperately needing a win to strengthen their automatic promotion hopes whilst Blackburn host Blackpool in the Lancashire derby.

Both Burnley and QPR have been pushing all season long to fill the top two spots in the table as they look to move straight up to the Premier League and both sides will look to get the advantage of their rival with a win at Loftus Road.

At the moment, it’s the hosts that have the higher grounder as QPR sit three points ahead of their forthcoming opponents in second albeit eight points behind leaders Leicester.

There are several injury concerns for Harry Redknapp to contend with as experienced winger Yossi Benayoun is a doubt due to a groin problem whilst Danny Simpson is also set to miss out with back problems.

Striker Charlie Austin will also be unable to go against his former side due to a shoulder injury. However, the Hoops
are expecting both Joey Barton and Junior Hoilett to return to first team-duty this weekend whilst Aaron Hughes could also make his debut after joining from Fulham.

Having led for much of the early part of the season, Burnley have slipped up over the last couple of weeks and find themselves heading the playoff spots in third although Derby are just one point behind back in fourth.

Sean Dyche will be pushing for late fitness tests for both Daniel Lafferty and Keith Treacy to see if they have recovered from knocks they sustained last weekend.

However, The Clarets will be pleased that both Ben Mee and Ross Wallace got through the midweek clash against Oldham giving them a good chance of featuring in the early kick-off.

The other main clash on Saturday sees Blackburn host Blackpool in the Lancashire Derby with both sides looking to steal the bragging rights at Ewood Park.

Blackburn find themselves down in ninth spot in the table but a win could push Rovers up into seventh place and just two points off the playoff spots.

New signing Bryan Dabo is expected to make his debut in the game as he replaces the concussed Lee Williamson whilst Scott Dann could appear after missing the couple of games with an arm injury.

It’s not been the greatest of seasons for Blackpool and last year’s playoff participants have find themselves drifting in 16th place stuck in a mid-table lull.

Coach Barry Ferguson will be keen to hand debuts to both Andy Keogh and Haris Faroun after they both joined the club during the week whilst Ricardo Fuller and Neal Bishop headline those out on the sidelines.

It seems like there is a lot to play for in the Championship and both QPR and Burnley know that whoever wins their match will find themselves in an ideal spot to make their Premier League promotion dreams come true.