According to reports, Manchester United decision makers are very confused as to whether they should sign the former Porto striker on a permanent basis or let him go after the end of the season.

This whole situation is reportedly making it really very hard for the club’s authorities to pursue other long term transfer targets including the likes of Mats Hummels, Kevin Strootman and Arturo Vidal – all players who came really close to signing for the Red Devils during last summer’s transfer window.

Moreover, with Falcao’s future up in the air, it is also making it complicated for United to tie down goalkeeper David de Gea to a long term deal. The Spaniard is being seen as a possible long term successor to club legend Iker Casillas by Real Madrid who are mulling over a fresh offer for the former Atletico Madrid striker. 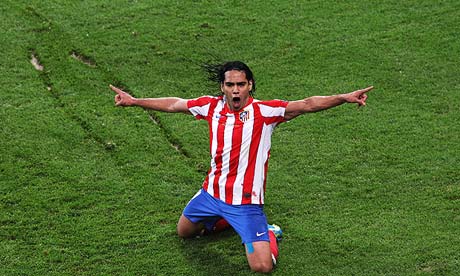 However, all that could come down to the long term future of Falcao who has already stated that he would very much like to stay at Old Trafford beyond the current campaign. The striker has so far scored just three goals for the club.