The Reds will host Bolton Wanderers at Anfield today as the Liverpool make a return to FA Cup action for their second fixture of the competition.

The Northern Irishman’s side had to overcome a testing fixture against League Two battlers Wimbledon in the last round and the Liverpool boss will be hoping for a more straight forward evening than 19 days ago where Steven Gerrard’s excellent brace rescued the Reds and ensured no cup embarrassment would materialise. 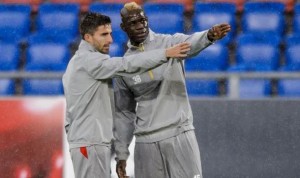 As the Anfield side continue their recovery and progression after a dismal first half of the season and they are growing in confidence game by game.

Today’s match is set to come too early for Daniel Sturridge and Brad Jones is missing once more, but their gaffer could welcome back Glen Johnson, Dejan Lovren, Joe Allen and Mario Balotelli to the fold as all are now available having returned to full training this week.

It is very important that Rodgers makes a number of changes to give some rest to key players ahead of the all-important return leg at Stamford Bridge on Tuesday night.

The Liverpool gaffer could give a number of first choice options the afternoon off such as Jordan Henderson, Steven Gerrard, Lazar Markovic, Philippe Coutinho and Raheem Sterling.

Leaving those players out will allow Rodgers to give match practice to players who have seen opportunities limited such as Javier Manquillo, Jose Enrique, Adam Lallana, Rickie Lambert and Fabio Borini.