The speculation has linked the 20-year-old with the La Liga side despite Rodgers saying his contract will be sorted soon.

The spanish giants are not interested in Raheem Sterling, says Real assistant boss Paul Clement, but understands where the stories have come from.

There were so many media rumours have 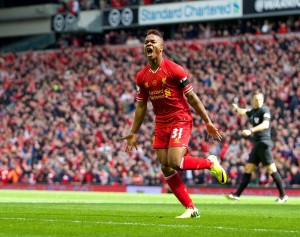 seen the 20-year-old’s name linked with a move to the European champions, with Sterling yet to sign a new contract at Anfield.

Reds boss Brendan Rodgers has dismissed speculation there are issues with Sterling signing a new contract and believes it will be “sorted very soon”.

Clement, who joined the Spanish club with Carlo Ancelotti in 2013, has denied Real are interested.

“My understanding at the moment is that the club and manager’s very happy with squad of players – we haven’t got a big squad.

“But it is a squad packed with quality and there are no current plans for ins and outs.”

The Jamaican-born star played brilliantly for Liverpool throughout last two season as he is currently leading the Liverpool tally of goals in this season. Sterling’s current contract is set to expire in the summer of 2017.