They are reportedly willing to smash Liverpool’s wage offer to snatch Raheem Sterling in a £35 million deal.

According to reports, the reigning European champions will pay the 20-year-old in excess of a whopping £120,000-a week.

Sterling’s representatives have already knocked back a deal from the Reds which could have earned the front-man £70,000-a-week. 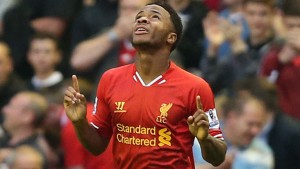 The Spanish side know the transfer is too sensitive to be done in the current transfer window but are confident of getting their man next summer.

However, the media reports in England, Sterling is close to agreeing a new £100,000-a-week contract to stay at Liverpool.

They say significant progress has been made with the player’s advisers over Christmas, and Liverpool expect to announce the deal by the end of the month. Sterling still has two-and-a-half years left on the £40,000-a-week contract he signed in December 2012.

On other side, Liverpool will then make a bid for Saido Berahino, once they can flog unwanted Fabio Borini,media reports in England suggest today. Also, the Brazilian goalkeeper Neto has put Liverpool on red alert after confirming he would not be renewing his contract with Fiorentina.