The Reds could be forced to fend off interest for star youngster Raheem Sterling, with reports suggesting Real Madrid could be preparing to test the Liverpool’s resolve.

The European champions  interest in Sterling has been reported for some time, while Chelsea also appeared to have entered the fray in recent days.

According to the media reports, with the 20-year-old having said to have rejected Liverpool’s latest contract offer at the weekend, Madrid are ready to make a £26m bid for the England international. 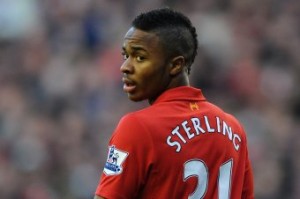 some offer is unlikely to arrive during this month’s transfer window, which now has less then a week to run. But according to Liverpool boss Brendan Rodgers, Sterling will put pen to paper on a new deal at Anfield sooner rather than later.

“It is something the club are speaking with his representatives on and I would think that would be concluded very imminently,” Rodgers said last week.

“The player is very happy. It [the delay] is nothing to do with Raheem, he wants to be here so hopefully we get the solution on that very soon.” he added.

The Jamaican-born player is the key player for Brenden Rodgers as he played brilliantly throughout this season and helped his side to gain some momentum back after a miserable season so far.