The Reds complete deal for creative midfielder on a year deal

The reports in English media suggest that Arsenal have signed the son of Chelsea legend, Dennis Wise. The deal, which will see 15-year old Henry make his way through the club’s youth rank, is expected to last for one year.

It is a great decision no doubt, as especially when you consider Wenger’s pedigree when it comes to bringing young players through the ranks. Recall that sons of Manchester United legend David Beckham are also in the club’s youth rank.

However, Wenger’s men do have some pressing issues that require urgent attention. While planning ahead for the future is not a bad idea, Arsenal’s priority should be signing established players to beef up the current squad.

Time may fail the Frenchman to start highlighting the problems of the team, but it is no secret that we do need a defensive midfielder as well as a central defender as backup, but  not a 15-year old who may not offer us any help on the field at the moment. 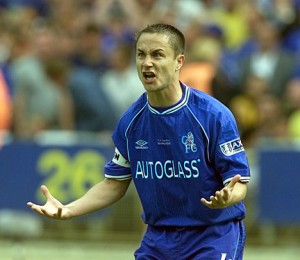 The younger Wise, who left QPR to join the Gunners, is a creative midfielder, and may have a bright future ahead of him if all go according to plan.

If we quick look at the Arsenal youth team, it reveals that the future is bright considering the quality of players coming through the ranks. Players like Brooklyn, Romeo and Cruz (the Beckhams), Daniel Crowley, Chuba Akpom, Isaac Hayden, and the likes are already lighting up the youth setup.