The Reds eyeing for Alex Song and Mauro Icardi move

According to the reports, Liverpool will fight with West Ham for the signing of Alex Song, as the Hammers confident of beating the Reds to the punch.

The Cameroonian has been brilliant for West Ham since going to Upton Park on loan from Barcelona but wants Champions League football, reportedly putting Liverpool in pole position.

The Argentine striker has been linked with a £32m switch to Liverpool but sources on the continent suggest Chelsea are in pole position to sign him. 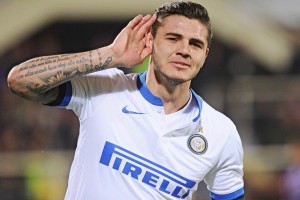 The newspaper says if Inter fail to finish in the top three then Icardi could be sacrificed in a bid to raise funds with the Reds and Chelsea interested.

On other hand, supposed Liverpool target Marco Reus will sign for Real Madrid.

The 25-year-old has a 25m Euros (£19.2m) get-out clause in his contract if he leaves at the end of this season and despite Real’s wealth of attacking talent they are confident that the Dortmund attacker will sign in July.

Also, Liverpool’s reported efforts to sign Thomas Muller have hit a snag with Manchester United having a £45m bid rejected. The 25-year-old forward has apparently attracted interest from Liverpool, as well as Arsenal and Manchester United.