The Anfield side are preparing a move for Burnley striker Danny Ings in January and are ready to send the player back on loan to the club after a deal is done, according to the reports.

Dany Ings’s contract runs out in the summer, but Brendan Rodgers does not want to get into a war of bids with Tottenham Hotspur and Newcastle, who are closely monitoring the situation. The new offer has put Liverpool in pole position to sign the player.

Livcerpool could to pay up to £5m to entice Burnley to complete the deal, especially with a loan deal already sanctioned to keep the player at the Turf Moor and save the side from relegation.

He has successfully deliver 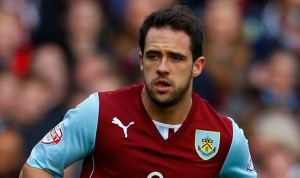 ed at all levels at the club and many teams are looking to make a move for the striker. Even David Moyes’ Real Soceidad are actively looking at the player as they are impressed by his contribution in the Premier League.

Meanwhile, with Spurs willing to pay up to £7m for his services and persuade the Lancashire club to sell, Liverpool believe that their plan would offer the best option for the player and his club as Tottenham are yet to agree to a loan deal.

The Reds already have Divock Origi on loan at Lille until the end of the season and have three strikers in the form of Daniel Sturridge, Mario Balotelli and Rickie Lambert at the club. However, Balotelli has been singled out by Rodgers as someone who cannot make it into the team at Anfield, as he has failed to score goals.