Home » Football » Liverpool » The Reds will be title contenders next season, admits Rodgers

The Reds will be title contenders next season, admits Rodgers

Liverpool gaffer has fired a warning shot at the Premier League’s title contenders, saying his Liverpool side will be in the mix for silverware next season.

The Reds boss admitted that, even though the club finished second last season, a title tilt was never on the cards this season because of the difficulties of integrating eight new signings into his squad, while coping with the loss of star striker Luis Suarez to Barcelona. 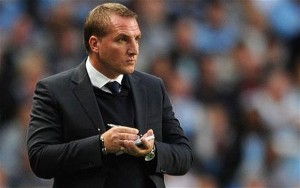 Chelsea are the team to beat this season, currently leading defending champions Manchester City by five points, with Liverpool 17 points off the pace in eighth position.

The north Irishman’s priorities for this season are to secure a top-four Premier League finish – and Champions League qualification – along with winning the club’s first trophy since their 2012 League Cup success.

“This season was always going to be difficult,” said Rodgers. “The reality for us for this year was: Could we finish in the top four? With all the changes and everything that happened, we weren’t going to challenge for the league this year. That’s the reality.” he added.

The Liverpool gaffer also indicated that he will make several changes for Saturday’s FA Cup fourth-round tie against Bolton, giving young forward Jordan Rossiter a chance to play. Mario Balotelli could also be recalled after struggling with chest infection midweek, while midfielder Joe Allen is training fully after recovering from a knee problem.