The former Manchester United player has urged his old club to go for Atletico Madrid captain, if they want to strengthen up their defense

Manchester United are in the market for a world class defender and the most recent name that has been linked with the club is Uruguay international, Diego Godin. The Atletico Madrid defender is in the form of his life and was the crucial figure for both his club and country in 2004. Leading Uruguay to a respectful finish in the 2014 FIFA World Cup, and helping Atletico Madrid to a famous La Liga triumph beating the likes of Barcelona and Real Madrid, Godin proved that he is if not the best, is among the best center-halves in the world at the moment. 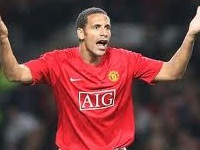 The 28-year-old has a £28 million release clause in his contract and according to reports, Manchester United are weighing up a move to trigger that release clause. Rio Ferdinand, who was let go by Manchester United in the summer following 10 years at Old Trafford, has urged his old club to make this dream a reality by pricing away the defender from the clutches of the La Liga champions.

In his tweet, Ferdinand stated that if Manchester United are looking to strengthen their defense, there can’t be many better options that Godin.