Roma face their hardest task to date in this seasons Champions League with a home game against Bayern Munich.

Bayern Munich have won both of their opening games 1-0 without reaching their best form, whilst Roma on their return to the competition have four points following a solid start.

Roma come into the game on the back of a comfortable 3-0 win at home to Chievo Verona that saw them move to within a point of top spot.

Once again Munich look set to stroll to the Bundesliga title, after they won for a fourth consecutive win without conceding, beating Werder Bremen 6-0.

Thomas Muller scored the only goal as Bayern won 1-0 away to CSKA Moscow in their last Champions League game.

The pair have only ever met twice, with both sides winning the home fixture in the 2010/11 Champions League group stage.

Roma came from 2-0 down to win 3-2 at the Stadio Olimpico, whilst Bayern won 2-0 at home thanks to late strikes from Muller and Miroslav Klose. 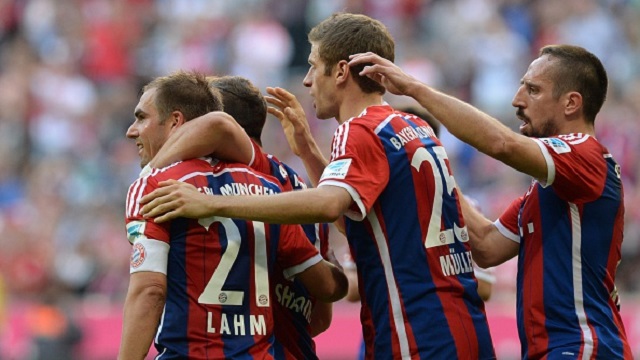 Kostas Manolas looks set to start in the heart of Roma’s defence, after missing the league clash with Chievo on the weekend.

The former Barcelona midfielder Seydou Keita will miss out through injury, with Ashley Cole to continue from left-back.

Mehdi Benatia could miss out against his former club, with Dante set to partner Jerome Boateng in the heart of Munich’s defence.

Franck Ribery may feature, with Xabi Alonso set to start in holding midfield after an excellent start to his career in Germany.