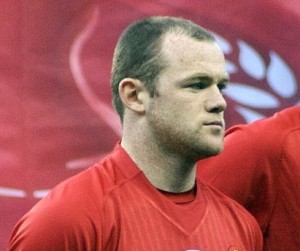 On the back of England’s lacklustre and frustrating 2-2 draw in Montenegro last Friday, which secured qualification to next summer’s European championships in Poland and Ukraine, the first time England have qualified since the 2004 championships in Portugal, after failing to qualify in 2008, the talk of the Wembley terrace will once again begin to rumble on over Wayne Rooney’s petulant behaviour and subsequent red card that followed.

The duration of Rooney’s absence will be decided by UEFA, with the worst case scenario being a three match ban, which in theory by the time he is available could see England on their way home. That a side, you can be sure Rooney will be hurting more than most when it comes to serving the suspension so those wishing to burn him at the stake, ponder for a moment and wonder if he has finally learnt his lesson.

Either way it’s hard to be positive about qualification when the lasting thoughts from Friday’s game centre over Rooney’s temperament, the red mist that once again descended at his talented feet, when we should as a nation be congratulating the rest of the player’s achievements and looking towards those undiscovered stars that will hopefully be on the plane next summer.

Friday’s result against Montenegro not only proved to demonstrate England’s inability to hold onto a lead but more alarmingly it showed our incapability to adapt to playing in a hostile environment which Rooney so needlessly succumbed too for no apparent footballing reason. In the den, the three lions roared, but ultimately in vain as a result of Rooney’s rage. Granted the man has personal problems off the pitch, but his form to date this season in a Manchester United shirt has been devastating to say the least, so why like so many other players before him does he continue to fall victim to his own circumstances at international level when he pulls on the three lion’s shirt. In all honestly, at club level Rooney is guided under the parenthood of Sir Alex Ferguson but at international level, the fatherhood figure appears to be missing in the England dressing room.

Nobody can deny that Fabio Capello is a good manager and has the record to show it, but whether we like it or not, he isn’t the man to lead the generation of current players to the pinnacle of greatness, unique to which only an Englishman can offer. He lacks the belief; his motivation at times can be called into question and his ability to communicate with the players effectively in English is often lost in translation.

The potential for conflict between Capello and the English media has reached new heights and has the capacity to explode should England fail yet again to deliverer. Regardless of what happens next summer, so many of us have come to realise that we need an English manager to lead us into the harsh, unforgiving battleground that is international football. Failed World Cup after failed European Championship campaign is a tag so synonymous with England nowadays that something has to change if we are to be successful.

There will be those that tell you that England made qualification look easy from Group G and we should be optimistic about next summer’s championships but I’m here to tell you otherwise. In all honesty I wouldn’t say home draws against Switzerland and Montenegro and narrow wins over Wales a team over 100 places below us in the FIFA world rankings hardly enthuses me with much confidence or belief that England have turned the corner, turned over a new leaf, that England have the capacity to beat the likes of Spain, Holland and Germany in a tournament environment, who as expected have swept all before them in their respective qualification campaigns and look ruthless in their attempts to lift the trophy in the Olympic stadium in Kiev on July 1st.

Teams that unlike England in recent years have consistently reached the latter stages of major tournaments and not exited with a list of excuses. Damming it may be to England’s credentials but unless things change dramatically between now and the start of the tournament, they will head off in the summer carrying a nations hope and expectation on their shoulders, but will predictably return prematurely with the familiar failings of the past, to which English fans have come to expect.

It’s time we followed the Dutch and Spanish systems where youth ultimately breeds success. England’s future potential to win international competitions should start from the bottom up rather than the top down. At present, the over reliance on foreign talent at the expense of grooming home grown talent is widespread at the top English clubs which is ultimately affecting the talent pool of hungry winners we have to choose from.

Unlike the World Cup where there are more teams, it is my firm belief that the quality of teams in a European Championship environment makes it a far more difficult competition to win, where there is no luxury to make any mistakes without the ultimate punishment of early elimination. That in mind, perhaps it’s more optimistic to look towards the future generation of English talent and in particular what’s happening at academies up and down the country to bolster England’s chances of winning a major tournament in the future. The talented individuals who will hopefully rise through the ranks to a starting birth in England’s first team in let’s say France 2016 and with it raise the nations hope that one day England will once again be considered one of the best teams in the world.