At the present time, Manchester United is probably not the best of places for a young and upcoming goalkeeper.

With David de Gea on a mission to prove himself to be the best keeper in the world and a player as decorated and experienced as Victor Valdes acting as his deputy, the likes of Anders Lindegaard and Sam Johnstone know that staying at the club will not help them in furthering their respective playing careers. 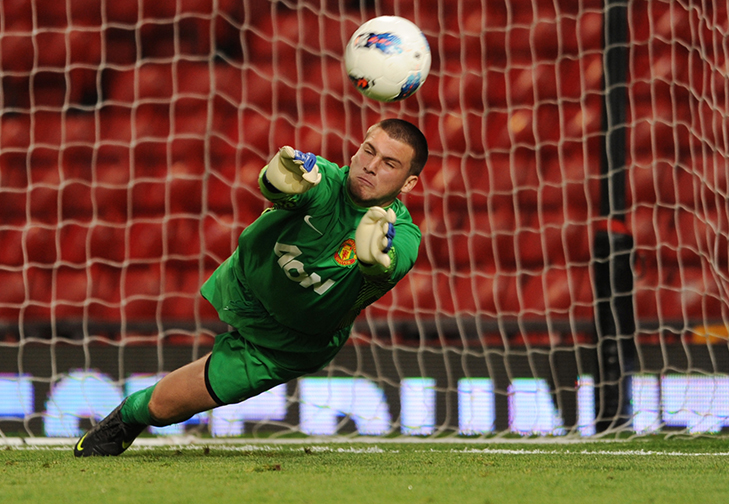 And with the Dane already finalizing plans to leave Old Trafford, it is now time for Sam Johnstone to turn things around and make a decision about his future

The youngster is currently on loan at Preston North End and although he is a product of the club’s fabled academy, it is clear that he has no future at Old Trafford and should be looking for a new hunting ground.

Reports claim that the Red Devils are interested in listening to offers for the youngster who has represented England from Under 16 and 20 levels.

And although he has been in the squad for a Capital One Cup game against Stoke City and a league game against West Ham, Louis van Gaal is not sure if Johnstone has a future at the club which has forced the youngster into taking his gloves elsewhere.