Scotland face Georgia later this afternoon with the game live streaming, as we bring you a match preview and betting odds.

Scotland’s second match for 2016 European Qualification is a home match against Georgia on Saturday afternoon.

Since Gordon Strachan’s appointment, Scotland have improved dramatically and have a realistic chance of qualifying for the tournament in France.

They started with a narrow and unfortunate loss away to the world champions Germany, despite Ikechi Anya’s second half equaliser.

Thomas Muller scored the opener, before converting the winner in the second half, after a corner wasn’t dealt with by Scotland. 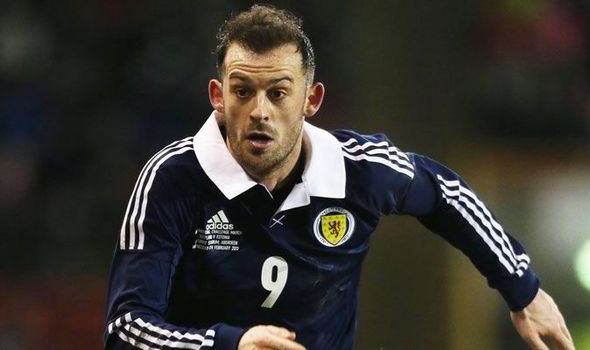 Georgia themselves started with a late loss of their own, going down 2-1 at home to Ireland, meaning they need a result on Saturday.

With the hosts looking set to hold on for a point, Aiden McGeady scored a superb solo effort to earn all three points.

The pair met in Euro 2008 qualifying, with both sides winning the home matches.

Scotland won 2-1 at Hampden Park, thanks to a late goal from substitute Craig Beattie, in Alex McLeish’s first game in charge.

Scotland came close to reaching Euro 2008, however a 2-0 defeat away to Georgia came as a real blow.

Team news
Steven Fletcher is likely to partner the Everton forward Steven Naismith through the middle, as Strachan opts for a 4-4-2 formation.

The in-form Hull City defender Andrew Robertson will start from left-back, with Alan Hutton’s re-emergence at Villa enough to keep his place in the national side.

Expect James Morrison to start in midfield, with Scott Brown his most likely partner, unless Barry Bannan is used inside.

Cardiff’s David Marshall will continue in goal, with the Championship pair of Russell Martin and Grant Hanley in central defence.