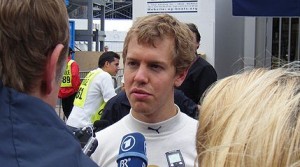 Another year, another world championship and Sebastian Vettel adds one more accolade to his growing list of titles. Youngest pole sitter, youngest race winner and now youngest back-to-back world champion, there seems to be no record the German superstar cannot break.

Vettel’s 2011 championship campaign has been virtually flawless. Dominant throughout the season, he has stormed to an impressive nine out of fifteen possible race victories. With 25 points for a win, consistency is the key to clinching title success. Never having finished below fourth all year, Vettel’s ultimate victory was an inevitability.

The master of qualifying, his ability to string together the perfect lap under immense pressure has given him a great advantage throughout the season. The only person who has managed to knock Vettel off the top grid spot has been his teammate Mark Webber, proving the great speed of Red Bull’s car.

Jenson Button said in his post-race interview that he believed Sebastian ‘deserved’ this championship more than his first. Last year he capitalized on the mistakes of others, snatching the title away from his floundering competitors. This year has been his from the start.

Although the comparisons to Schumacher and other such greats will become ever more rampant in the upcoming months, it is too early to predict similar success for Vettel. As various critics have pointed out, there still remain questions about Vettel’s ability to race wheel-to-wheel in high-pressure situations (seen in his last lap blunder at the Canadian Grand Prix).

His strategy relies on securing pole position and utilising the awesome speed of his RB7 to ink out an untouchable lead over his competitors. When it comes to racing through the pack, his talent fades in comparison to drivers like Alonso and Hamilton who are renowned for their overtaking abilities. In the eyes of many pundits, Vettel cannot be compared to the legends of the sport until he has proven he can win a world championship without the advantage of having the fastest car on the grid.

So what is next for Vettel? Signed until at least 2014, Vettel’s future is very secure at Red Bull Racing. The question is, will this dream team be able to consistently produce championship-winning cars in the next few years?

2012 looks to be a very different season, as the introduction of new – more environmentally friendly – V6 engines will fundamentally change the nature of the car’s design. With less power, the importance of aerodynamics will become even more paramount. The team that can minimize this loss are the team that will do well next season.

Even though the title has been decided, there are still four races left in the 2011 calendar including the inaugural Indian Grand Prix. As a competitive sportsman, Vettel will want to conclude his season in a flourish – adding more wins to his already impressive tally. Similarly, the other drivers on the grid will be grappling for points in order to secure their positions in the world championship pecking order.

The level of expectation is becoming increasingly great on this 24-year-old German prodigy, something that will only intensify over time. However, Vettel has already proven that he is unfazed by this pressure, and has handled the media circus that is the Formula 1 paddock like a seasoned professional. Regardless of what happens in the future, Sebastian Vettel’s name will forever be carved on the illustrious pages of motor-racing history.