A few weeks back, Manchester United made possibly the biggest coup in the January transfer window so far when they signed former Barcelona number 1, Victor Valdes. Upon his arrival, Louis van Gaal announced that the Spaniard will serve as number 2 to first choice Victor Valdes. 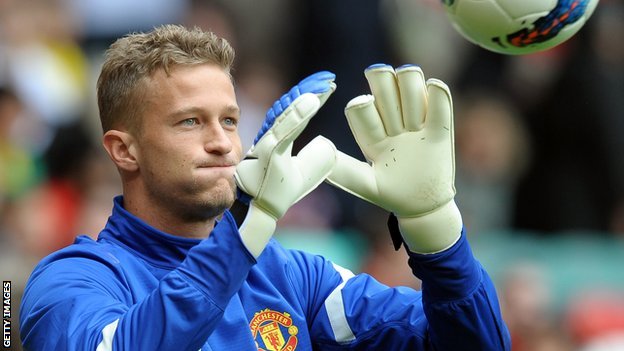 The arrival of a player as trophy laden as Valdes meant that Lindegaard’s future at the club was never going to be long term. And now, the Dane has admitted that he needs to go elsewhere in a bid to kick start his career which has stalled ever since he arrived at Old Trafford.

And now, it has been suggested that La Liga outfit, Seville are keen on acquiring the services of the 30 year old in a bid to prepare for the reported departure of first choice goalkeeper, Beto.

Lindegaard joined United from Norwegian side Aalesund back in 2011 but despite David De Gea’s initial failings, never secured the number 1 spot. The arrival of Valdes further complicates things and it indeed is time for the Dane to seek a new club.