With the road to the World Cup starting in Cardiff tonight, England appear early favourites to take the RBS Six Nations crown; as ever, they’ll face strong competition from France, Wales and Ireland and the tournament could potentially hinge on tonight’s game at the Millennium Stadium. A very eagerly awaited rugby match between Wales and England.


After their excellent autumn series, Martin Johnson’s England seem to have to positioned themselves as favourites of the tournament with a deep squad and limited injuries. The back three of Ashton, Cueto and Foden is the most explosive in the tournament and as they play together more will only grow stronger. The injury of Lewis Moody is a double blow, as they lose his leadership and presence on the field; however, it presents an excellent opportunity for young Tom Wood to get some experience before the World Cup.

The lineout is somewhat of worry with Tom Palmer and Louis Deacon providing more help in the scrum than in the air and Hartley’s throwing still questioned.


Taking over the captaincy from Moody, the veteran Tindall will need to regain his 2003 form if England are going to prosper. Next to Hape in the centres, Tindall needs to be that inspired bulldozer sucking in defenders down the middle in order to unleash England’s wicked back three. 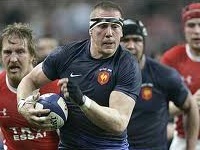 France enter the tournament in an opposite fashion to England having experienced a massive overturn in fortune since winning the Grand Slam in 2010. Heavy defeats to Argentina, South Africa and an astonishing 59-16 loss to Australia at home have rocked Les Bleus. Many have begun to question Marc Lievremont’s grip on the team with moments of squabbling and sedition following the poor Autumn. However, France still possess a side capable of winning the tournament. With an extremely potent scrum flanked with potentially the best 6-8 combo in the game in Dusautoir and Harinordoquy, the French have speed to burn on the outsides as well with the likes of Medard, Mermoz and Rougerie. If France can rebound from their difficult Autumn, they will present a formidable challenge to England and the others.


Trinh-Duc is back in the side after missing all of the autumn, whilst Damien Traille failed to ignite the backline. He is said to have matured under French legend Fabien Galthie at club Montpellier and he needs his all-round game at 10 to be good enough to release the French’s many options on the outside. As 10, he will be the glue that holds the volatile French side together and needs to show maturation from his past performances.


Despite a difficult autumn, Ireland will be quietly confident about their chances of going one better than their 2010 2nd place. Key players like Horgan, Bowe, Ferris and both fullbacks Kearney and G. Murphy will miss time with injury, but Ireland’s draw will be giving them plenty of hope; home ties to England and France will give them a strong advantage of quelling either teams Grand Slam hopes. If they can avoid slipping up to Scotland and Italy, they could be a force to reckon with as players return from injury. Sexton will need to step up again at 10 and Jamie Heaslip remains imperious at the base of the scrum.


As always with Ireland, their success will lay in the hands of their commanding centre and captain O’Driscoll. Despite his age, he is still one of the most dangerous backline players in the world and he will have to be on the top of his game to help an Irish backline riddled with injuries. 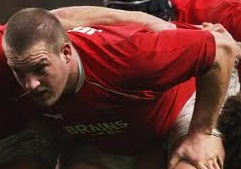 Wales go into the tournament in a less than positive mindset. An abysmal winless autumn has left Warren Gatland under pressure to produce results and his Welsh side won’t be helped by an onslaught of injuries to key players. In the pack, both world class props Gethin Jenkins and Adam Jones will miss time as will the mercurial Gavin Henson and Leigh Halfpenny in the backs. However, the Welsh do have a number of good young players beginning to shine through. Matthew Rees, the newly installed captain, will need to be a powerful presence at hooker and 22 year old Sam Warburton, the mobile flanker, will need to prove Gatland was right to play him ahead of veteran Martyn Williams. If Jones, Hook and a rejuvenated Shane Williams can make things happen on the outside, Wales could be a dangerous side. Their success will hinge on their performance in the pivotal first game tonight in Cardiff vs England.


In his real test as captain, Rees has to step up and be a notable force in a front row lacking its two consummate props. Rees needs to galvanize a side left in tatters after a torrid autumn and lead the team well on and off the field. His line out throwing must be better but do expect to hear his name plenty of times as he seeks to run with the ball in open play.


Out of all the six nations, it is probably the Scots who come in on the best form, having won five out of their last six including a brilliant upset of South Africa and two away wins against Argentina. Although an autumn drubbing by New Zealand somewhat dampened spirits, they should be one of the tournament’s surprise teams. They are led by big lock Alastair Kellock and former England coach Andy Robinson who both seem to have inspired this group of young players. They are strong up front with Lion Euan Murray and Ross Ford and have potential in the backs with Mike Blair, the ever consistent Dan Parks and the wildcard at ten Ruaridh Jackson. However, the Scots still face an uphill battle starting with an away clash in Paris that could ruin their good form. They’ll need to score more tries and focus on form away from Murrayfield if they are to avoid another Six Nations disappointment.


Once again for Italy, there seems to be little hope of achieving much more than usual. They may sneak a win from one of their home games, but will offer little away from home and will have to play well to avoid being completely overwhelmed. They still lack a quality ten, and an injury to Craig Gower leaves them with very little at the key position. Eduardo Gori at nine could be a potential player to watch, but with little support around him don’t expect too much. Up front, the still have the powerhouse Martin Castrogiovanni but their scrum has seen stronger days. The best news for the Italians was the return of the commanding Sergio Parisse. Truly one of the world’s best back row players, he missed all of the 2010 campaign with a knee injury. Look for Italy to play spoiler to at least one more team, but other than that little else should be expected.


Bergamasco will be the key for the Italians if they are to pull off an upset in 2011. It will be down to his excellent kicking from the tee that will score the lion share of the Italian points, and his composure and accuracy could be the difference between a win and a loss against Scotland or at home against Wales.