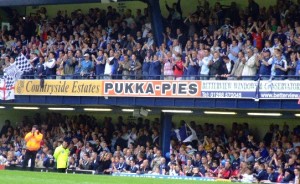 Paul Sturrock has criticised his Southend United team by claiming that they need to come firing out at the beginning of the games as he believes that take too long to make an impact, despite seeing them claim a 4-1 win over Torquay.

The game was stalemate at half-time, with all four of Southend’s goals coming after the break, but Kane Ferdinand bagged a brace shortly after, with Liam Dickinson and Mark Phillips completing the rout shortly after.

Torquay midfielder Lee Mansell scored a consolation for the Gulls, however this wasn’t what disappointed Sturrock, as he was left unimpressed with his sides start to the game.
“I was pleased with how we played in the second half but we need to really be playing like that right from the start of matches,” said Sturrock.

“If we don’t start to do that then we’re going to get caught out quite soon because you can’t just keep turning it on and off whenever you want.

“We have to make sure we play at a high tempo from the off but thankfully it didn’t cost us against Torquay and we were still able to get the three points.”