The Spanish winger Suso has taken a swipe at Liverpool for not showing him enough respect in his time at the club.

The 21 years-old attacking midfielder was allowed to join Milan at the weekend, signing a four year deal with the Serie A outfit, but blasted the Reds for ‘not satisfying his contract demands’ after departing for Italy.

“My contract was due to expire in June but Liverpool’s offer did not satisfy me, neither economically nor in a sporting sense,” said Suso. “When I arrived I was very much a boy and I’ve learned a lot. I’ve grown, but I didn’t notice they had much trust in me.” He added. 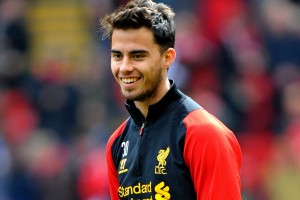 Suso said that he wanted a change of scenery and Milan have offered him everything he needed. It’s a great club with an incredible history, although right now it’s not at its best, but his aim is to play as much as possible and return Milan to the Champions League, where the side belongs.

The Cadiz-born Suso joined Liverpool from his hometown club as a teenager in 2010 despite attracting reported interest from Real Madrid, yet despite making just 14 League appearances he admitted that his former Captain Steven Gerrard had made a lasting impression on him.

“What did I learn from Steven? His professionalism. He trains every day as if it was his first, as if he was a youth team player. It was a daily lesson.” said Suso.