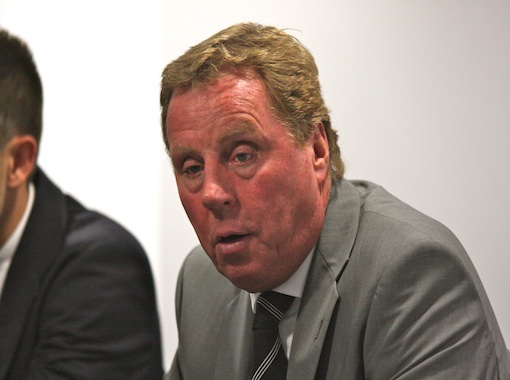 Tottenham are keeping tabs on Swansea manager Brendan Rodgers as they draw up a list of names to replace Harry Redknapp if, as expected, he takes over as England boss.

The 64-year-old, who was cleared of tax evasion yesterday, is the bookies favourite to replace Fabio Capello who sensationally quit the role last night following a four-year reign. The Italian made the decision after the FA stripped John Terry of the England captaincy without consulting him ] and his departure has opened the door for Redknapp to take over.

It’s thought Spurs chairman Daniel Levy isn’t going to stand in his way and reports are indicating that he is already searching for a successor  with Swansea chief Rodgers emerging as a serious candidate to replace Redknapp at White Hart Lane should he opt to fill the Three Lions vacancy. The 39-year-old has enjoyed a fruitful period in South Wales since taking over in 2010 leading the Welshmen into the Premier League and emerging as one of the divisions brightest managerial talents.

Rodgers’ football philosophy has won him a legion of admirers during the Swans’ debut campaign in the top flight with their slick passing style of play seeing them rise to 10th in the table. Chairman Huw Jenkins has moved to safeguard his managers future at the Liberty Stadium by handing the Northern Irishman a three-and-a-half-year deal to replace the one-year rolling contract he signed in the summer.

However despite Rodgers committing his future to the club the fear is his head could be turned if Tottenham come in with an offer should they lose Redknapp to England. Levy believes the former Reading boss’ footballing principals would be a perfect suit to Spurs’ current style of play and is reportedly already drawing up a package to tempt the Northern Irishman to the capital.