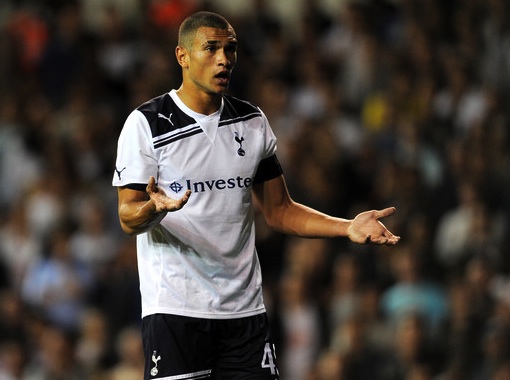 With places at White Hart Lane almost assured to be harder to come by in the near future, Swansea will look to tempt Steven Caulker towards a permanent signature this summer and have already begun their pursuit.

The twenty year-old has spent the last seven months on loan at the Liberty Stadium, drawing great plaudits in the process and even being tipped for a bright international future having already made four appearances for the England Under-21 team.

However, Caulker looks to have quashed that particular speculation and has recently voiced his intentions to play for Scotland for whom he qualifies through heritage.

The starlet has made an impressive 18 starts for the Swans this campaign, despite suffering a knee cartilage injury early in the season that ruled him out of play for three months.

Since coming to Swansea, Caulker has been linked with moves to Newcastle, Arsenal and Everton and should Tottenham fail to offer more chances in the starting Xi, they may be forced to let their asset go.

The defender is only contracted to Spurs until next summer and his future with the North London club could depend on any contract offers he receives in the coming months.

Rather than lose the youngster on a free transfer, Tottenham would undoubtedly prefer to make as much profit from Caulker’s signature as possible and if they feel he is likely to depart, that sale may come at the end of this season.