The Jamaican-born English Footballer, Raheem Sterling has been named the Breakout Player of 2014 in ESPN FC’s annual awards.

The 20-year-old Liverpool striker was revealed as the European Golden Boy earlier this month in recognition of a thrilling calendar year for the Liverpool forward at all levels.

He was a key figure in the Reds’ charge towards the Barclays Premier League title last season.

The Englishman striker has registered the crucial contribution during the first phase of the season. As, Liverpool struggled on the pitch but he lead his side to bounce back a bit in the absence of striker Daniel Sturridge. 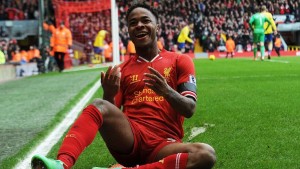 He is well on the way to surpassing his record of 10 goals  last season. Right now this season his tally of goals is 6 so far in all competitions, which makes him the leading goalscorer for Liverpool this season.

Sterling was also widely considered one of England’s most impressive performers in an otherwise frustrating World Cup campaign in Brazil during the summer.

Further acknowledgment has now arrived with this accolade, which was voted for by football followers on the ESPN FC website.

Liverpool’s No.31 saw off competition from Memphis Depay, Adnan Januzaj, Harry Kane and Koke to receive the most votes from fans in an online poll.